Reporting for the coroner: a case of maternal death

Reporting for the coroner: a case of maternal death 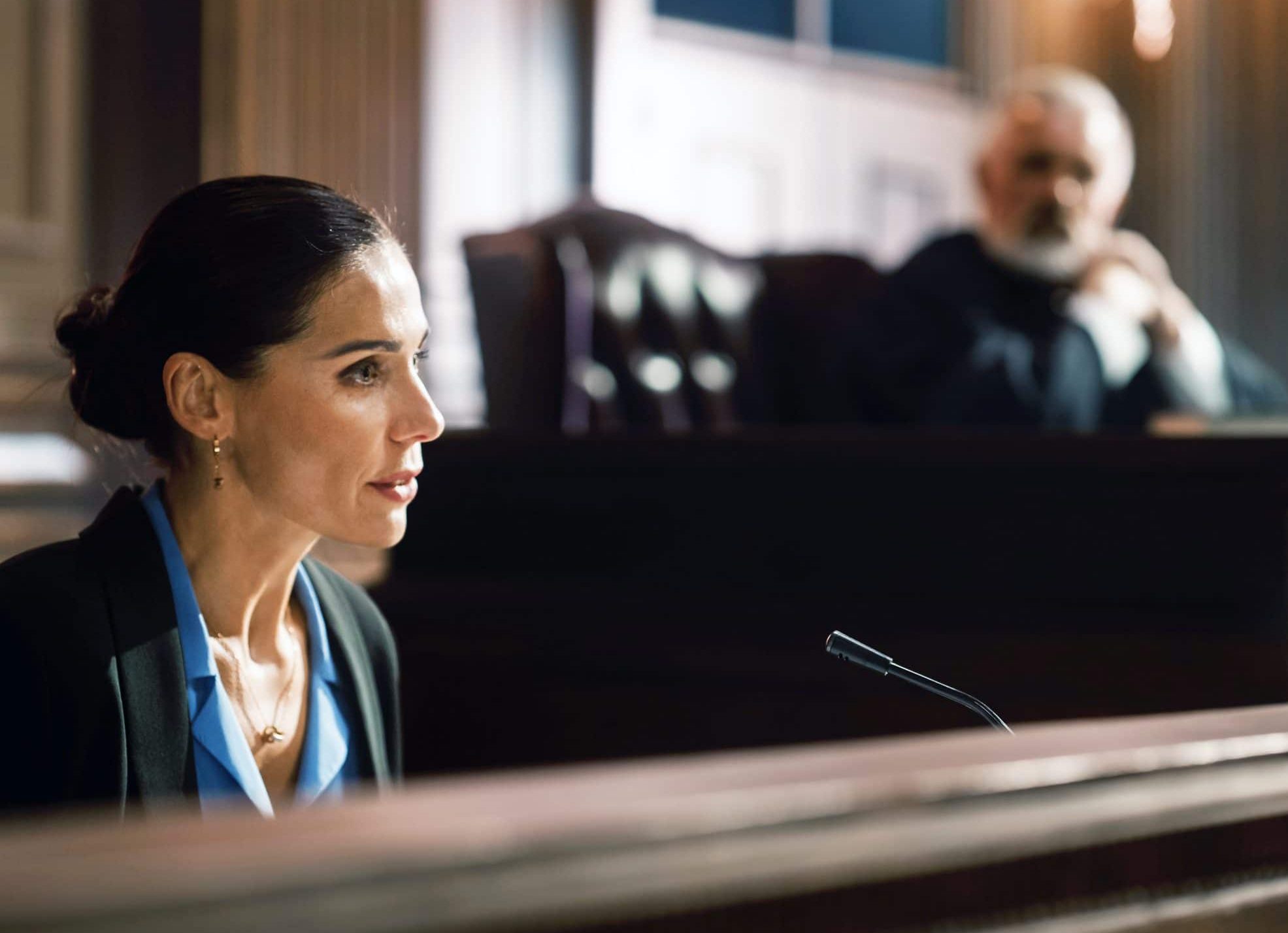 In my independent role as an expert midwife witness in medical negligence cases, I have been called on to prepare reports on many different cases.

One case in particular stands out as it was a report for the coroner regarding the maternal death of a young mother, only three days after her baby was born. The information that came to light when I was assessing this tragic case where the clinical deterioration of a 32-year-old post-natal woman went misdiagnosed and subsequently untreated, resulting in her death, is shocking. It is difficult to comprehend how her symptoms could have been so misinterpreted by highly qualified midwives.

Abnormal clinical indicators but no escalation of care

This mother had a normal vaginal delivery of a healthy baby, however three days later she was dead.

The day after her baby was born the medical records detailed that this mother began to complain of increasing perineal (the area of skin between the vagina and the anus) pain, which required stronger analgesics. Usually post-delivery this pain is rated moderate to mild and only requires simple analgesics. The midwives failed to recognise this escalation of pain as possible signs of clinical deterioration of their patient, requiring investigation.

The same day, the midwives advised the mother to improve her basic hygiene by showering and to ensure she included her perineal area, as the midwives had documented that her ‘loss was foul smelling’. This new mother spoke very little English however no interpreter was ever called to discuss this situation with her. No clinical investigations were conducted by the staff to investigate why the loss was so ‘foul smelling’, rather they repeated their advice to the patient to shower more.  The combination of increasing pain levels and offensive vaginal loss in a post-natal mother should immediately have alerted any competent midwife to look further as to the possible cause, and to escalate her level of care.

According to the Nursing and Midwifery Board of Australia, ‘The National competency standards for the midwife provide the details of the skills, knowledge and attitudes expected of a midwife work within the scope of midwifery.’(3) These midwives failed to identify or recognise any abnormalities and the infection in this poor mother kept escalating untreated, developing into overwhelming sepsis, as her clinical condition deteriorated. ‘Maternal sepsis is a severe bacterial infection, usually of the uterus (womb), which can occur in pregnant women or more commonly, in the days following childbirth. Infection that occurs just after childbirth is also known as puerperal sepsis.’(4)

Failed in duty of care

Midwives and nurses and indeed all health professionals have a duty of care to their patients and must legally abide by the code of conduct applicable to their specific arena of practice. ‘The Nursing and Midwifery Board of Australia sets and upholds the codes of conduct for all nurses and midwives in Australia. These codes of conduct set out the legal requirements, professional behaviour and conduct expectations for all nurses and midwives, in all practice settings, in Australia. They describe the principles of professional behaviour that guide safe practice and outline specific standards which all nurses and midwives are expected to adopt in their practice.’(3) Furthermore, the National Standards of Safety and Quality for Health Services in Australia sets out clear guidelines of practice and expected standards. ‘The National Safety and Quality Health Service Standards were developed by the Australian Commission on Safety and Quality in Health Care in collaboration with the Australian Government, states and territories, the private sector, clinical experts, patients and carers. The primary aims of the NSQHS Standards are: to protect the public from harm, and to improve the quality of health service provision.’(5) Had these guidelines and standards been followed by the midwives and the hospital in question, this mother would in all probability today be alive and well, her baby would know its mother, and her husband would not be grieving the loss of his wife.

Doctors and midwives work together to provide world’s best standard of care to pregnant women and their babies in Australia. This holistic model of care works in harmony with the concept of childbirth being a normal part of life, not an illness, and so the mother and her partner are directly involved in planning their ante-natal, intra-natal and post-natal journey. ‘This holistic concept is based on the ethical principles of justice, equity, and respect for human dignity. Midwifery care is holistic and continuous in nature, grounded in an understanding of the social, emotional, cultural, spiritual, psychological and physical experiences of women.’(6) The trust mothers place in health professionals to provide safe and competent care is for the most part well-deserved and justified. The maternal death rates in Australia, as a western country with comprehensive midwifery standards in place, are minimal in number but devastating in reality for those concerned. ‘The maternal mortality rate in Australia in 2018 was 5 deaths per 100,000 women giving birth. The global rate is 211 maternal deaths per 100,000 live births. The maternal mortality ratio is used as a criterion for the quality of medical care in a country.’(7) ‘These statistics do not reflect the consumer’s perspective of the harm they experienced.’(2) The degree of harm is categorised by the health service when the sentinel event is notified.

Health services must notify death, or the degree of patient harm, as a result of the event. ‘Sentinel events are a subset of adverse patient safety events that are wholly preventable and result in serious harm to, or death of, a patient. They are the most serious incidents reported through state and territory incident reporting systems.’(8) The purpose of sentinel event reporting is to ensure public accountability and transparency and drive national improvements in patient safety. Nineteen events resulted in the death of a patient (including three mothers and 16 babies) in 2019-20.(2)

In this case, these fundamental errors in clinical maternal assessment and management kept occurring. When the midwife attended the first home visit and found this new mother in agony, complaining of severe pain in her neck and legs, and still with the offensive vaginal loss, the midwife advised her to see her GP and to take Panadol. She then left the house and left the mother critically unwell. The key question must be why the midwife did not escalate the level of care required by this mother, call an ambulance, stay with the patient, call the hospital for advice, anything that showed she recognised the severity of this situation. She appeared to do nothing except advise the mother to see her GP when she can, and she left the mother gravely ill in her home.

The next day, three days after giving birth, a family member called an ambulance for the mother but by the time they arrived this mother was septic, with extremely low blood pressure, tachycardia (fast heart rate) which then became bradycardia (slow heart rate), raging fevers, and deteriorated conscious state. On transfer to hospital, she could not be revived, despite desperate resuscitation efforts and was pronounced dead in the emergency department of the same hospital where three days earlier she was elated after having her first child. She died alone with no family present as they were still on their way to the hospital, and her baby, who will never know its mother, was being cared for by family members.

Death not communicated among midwifery team

This could have been the end of an entirely preventable series of errors leading to this tragic story but unfortunately subsequent events continued to defy belief even after her death. Around lunchtime the day after this young mother died in this large public hospital where she had delivered her baby, the midwife who was responsible for the post-natal home visits, from this same institution, arrived at the now deceased mother’s home, and knocked on the door. Her husband answered the door where the midwife cheerily announced that she was here to undertake a post-natal visit to see the young mum and her baby for a check-up.

Imagine this scene if you will, putting yourself in this young father’s place for just a moment. He has just lost his wife in tragic and eminently avoidable circumstances, he has a newborn baby to raise on his own, and he is grieving and distraught, when he opens the door to see the midwife standing there. He could be forgiven for thinking she was there to offer some explanation or support or advice. But no, the shocking reality hits him that his wife’s death seemingly has gone unnoticed by the midwifery team, that no communication regarding the tragic series of events has even been mentioned to this midwife. There are no words to begin to describe his feelings at this point, and no apology from the midwife, the hospital, or the obstetric team will ever erase those memories. His wife died needlessly, as an accurate and competent clinical assessment, a call for a medical review, subsequent clinical investigations and appropriate antibiotics and treatment would have provided a vastly different outcome for this young family.